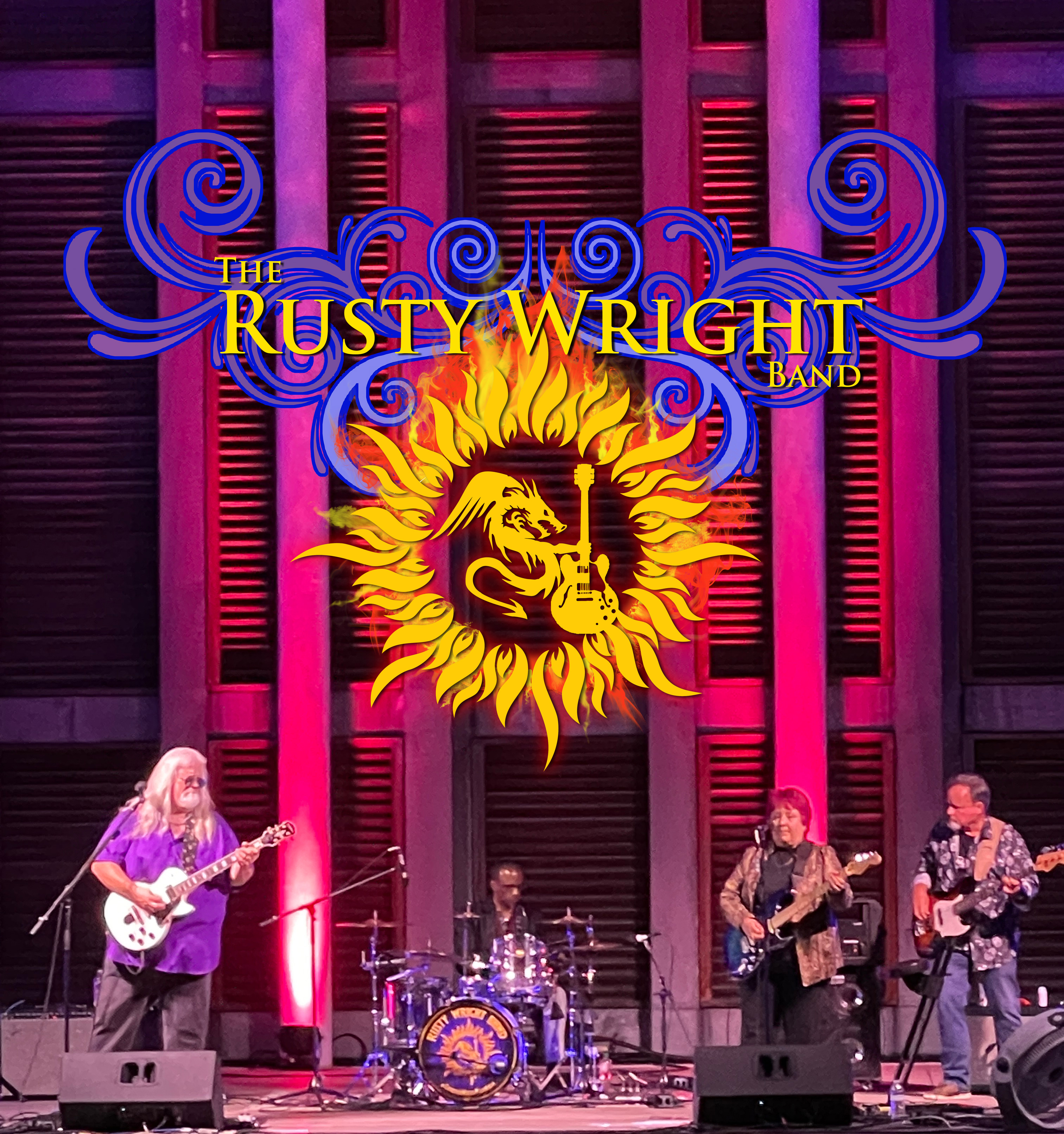 The Rusty Wright Band is:

"Rusty, Laurie and the band are one of the top acts on the road,"
~Brent Stockton, Vangarde Arts

“Dude – Where the hell did YOU come from?”
~Rickey Medlocke, Guitarist, Lynyrd Skynyrd

For guitarist and singer Rusty Wright, it’s “all about the moment,” commanding the stage to deliver the musical heat, the infectious grooves and penetratingly sincere songs that have earned the Florida musician a national audience and recognition as a Master Blues Artist in the International Blues Hall of Fame®.

Wright's progressive sound hints of iconic blues legends while staying contemporary and vibrant. Fresh and bold; familiar yet innovative. Story songs, fiery improvisations, catchy duets with soulful, soaring vocals and sly, tongue-in-cheek lyrics are the trademark of this guitar slinger's blues-infused muse.
As the band's primary songwriter, Rusty Wright has drawn on his family’s Southern roots and a wealth of Blues, Southern Rock and legendary Blues Rock influences to craft his uniquely ‘bluescentric’ sound that leans on duet-style songs and showcases his flamboyant guitar style which fuses naturally with whatever song it is applied to.
It’s that rare combination (along with Wright’s trademark flowing hair and eye-popping guitar leads) that commands immediate attention, fills dance floors and earns roars of approval.

“You should never be afraid of writing a song that might make people think. Music is about making people engage. You might take some heat for it, but as long as you’re being honest, there will always be people who will get it.”

It’s that fearless approach to music that’s cultivated growing legions of loyal fans and driven Wright since he first started exploring the wonder of music, from country to early rock ’n’ roll to “the long-hair” stuff of the Allman Brothers and Lynyrd Skynyrd. The Michigan native started playing guitar in his gospel-singing mother’s touring group starting at age 13, and was writing songs, assembling bands and playing the club circuit in Flint and the Detroit area not long after.

“I loved the blues from my childhood because there was such emotion behind it,” he recalls. That same passion propels Wright’s own music and guitar-playing.

Since 2004, Wright has spearheaded the release of four widely praised studio albums and 2011’s Live Fire, an album of live performance cuts selected from a wide range of performances. The band’s sixth album, Hangin’ at the DeVille Lounge, is set to drop in mid October, 2019.
The band’s 2015 album, “Wonder Man” reached #8 on the Billboard Blues chart, #4 in the Midwest Heatseeker chart, #3 on the Hit Tracks 100 chart (Europe), Top 5 on the Jambands.com chart, #149 on the Americana Music chart and was nominated for Album of the Year in Vintage Guitar Magazine’s Reader’s Choice Awards alongside Sonny Landreth, Jeff Beck, Pink Floyd, and Joe Bonamassa.  The song “Gonna Come a Day” from that album was selected from approximately 19.000 entries as a top finalist in the 2015 International Songwriting Competition. Wright’s 2013 album “This, That & The Other Thing,” earned widespread radio airplay across North America and won Blues 411’s Jimi Award for Contemporary Blues Album of the Year.

But that’s only the beginning as Wright vows to continue casting an innovative, wide net musically to reflect his eclectic tastes.

“I have so many influences, I don’t just fit in one little space,” he insists. “I’m trying to find a way to take the blues farther down the road that will appeal to a younger generation as well. I’m not afraid to bring in other styles of music but I want it to have passion. You never want to lose the passion.”

That’s obvious in the band’s live shows. “We have a good time on stage,” Laurie says. “There is no barrier between us and the audience. We are there for them and for the energy that is exchanged when that connection is made.”

As Rusty puts it: “Playing well is only half of it. You have to entertain.” And as audiences across the globe are discovering, Wright and his band do that in fearless fashion.

Originally from mid-Michigan, Rusty and Laurie Wright, along with their ever changing number of feline family members, now make their home in central Florida.